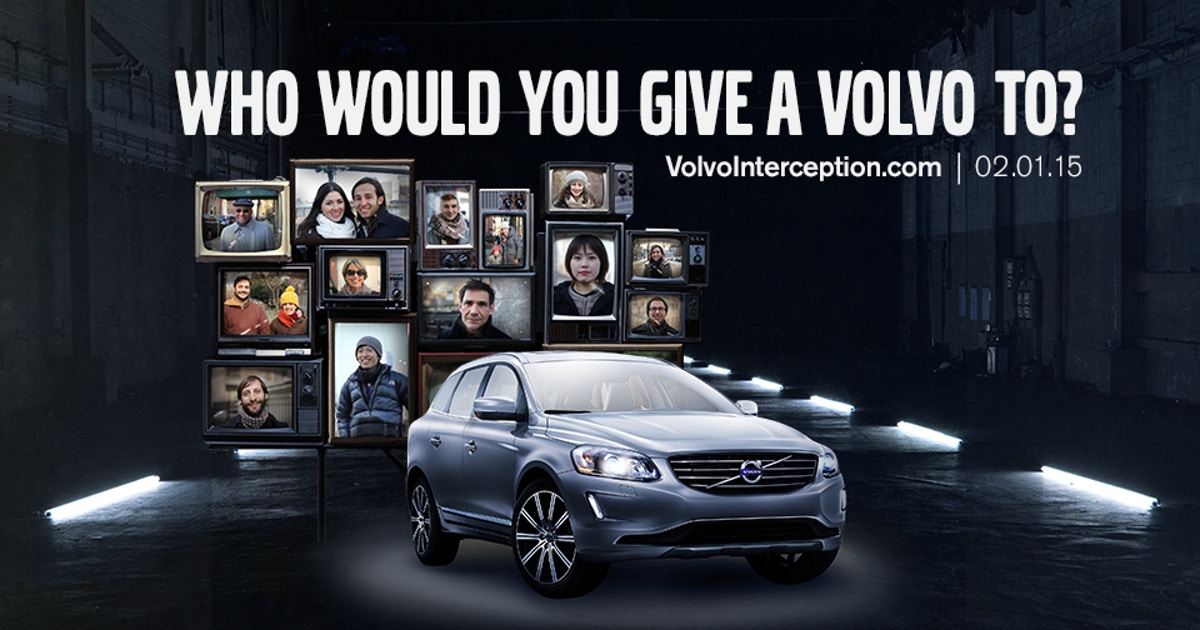 The car manufacturer has a history of “Anti-Super Bowl” campaigns. And whether we admire it or hate it, we must admit, this is still really good marketing. Let’s take a look at this award-winning campaign called “The Greatest Interception Ever” and how they leveraged the biggest media day of the year. The challenge was to drive awareness and consideration to a brand that is often forgotten, and achieve top-of-mind awareness while avoiding spending money on expensive Super Bowl ads (and eventually piggybacking everybody else’s budget).

Approach
Volvo came up with a really clever idea to keep people off the Super Bowl. One of the brand’s core values is the focus on what matters to people, so they decided to base the whole campaign around the concept of giving people the opportunity to give a brand new Volvo XC60 to someone who matters to them. To do so, participants had to nominate somebody with a tweet using the hashtag #VolvoContest. To keep people off the popular Super Bowl ads, people had to do this during an ad showcasing other car makers. After tweeting their nomination with the hashtag, participants would receive an automatically generated response with a short nomination form to explain why this person deserves one of 5 new Volvo XC60s.

Impact
The results of the campaign were absolutely amazing. A whopping 20,000 unique users tweeted with the hashtag #VolvoContest, and over 10,700 people filled a nomination form. The hashtag #VolvoContest trended 3 times on Twitter while “Volvo” trended globally. The Volvo mentions went through the roof with over 110,000 mentions on Twitter. On top of achieving global brand awareness, Volvo XC60 sales in February 2015 increased by 70.7% year-on-year, more than any other car in the same segment.

Interestingly, Volvo followed a similar recipe in 2019 in a campaign called “The Longest Drive”, in which participants had to play a game and stare at their phone screen for the longest possible time. Volvo designed a smartphone game where users had to stare at a footage of the new S60 Sedan, which would ultimately be the reward for the three best players. The app used a facial recognition system to track participants’ screen time and the game would stop if you dared to look away. Brace yourself, the winner stared at his phone for… 9 hours, 47 minutes and 42 seconds! Aside from the fun fact, the campaign was a real success and generated over 40,000 test drives, showing at the same time that there is definitely a market between Super Bowl advocates and Super Bowl rebels.

The music streaming platform Spotify has been sharing user data with them since 2017. At the end of every year since, premium and free Spotify users receive an auto-generated summary of their personal streaming data, including details of their listening habits, their top songs, minutes played etc. People are also encouraged to share it on social media with the hashtag #SpotifyWrapped. The snippets of data are provided in a very user-friendly way, in the form of shareable images, which is perfect to share on any social media platform. At the end of 2019, Spotify decided to make the campaign even more memorable, giving its users a summary of the whole decade along with extra bits of data. The personalised summaries were also available to artists, meaning that they could view how many hours of their music got streamed, how many listeners they had, where their music was streamed, and even some more fun stats such as the listeners’ collective sleep debt! Spotify users loved the personalised stats, social media feeds were swamped with snippets of fun and engaging streaming data. This campaign is the proof that you can actually recycle a successful campaign, on the only condition that you keep it engaging by adding extra elements and tweaking it every time. 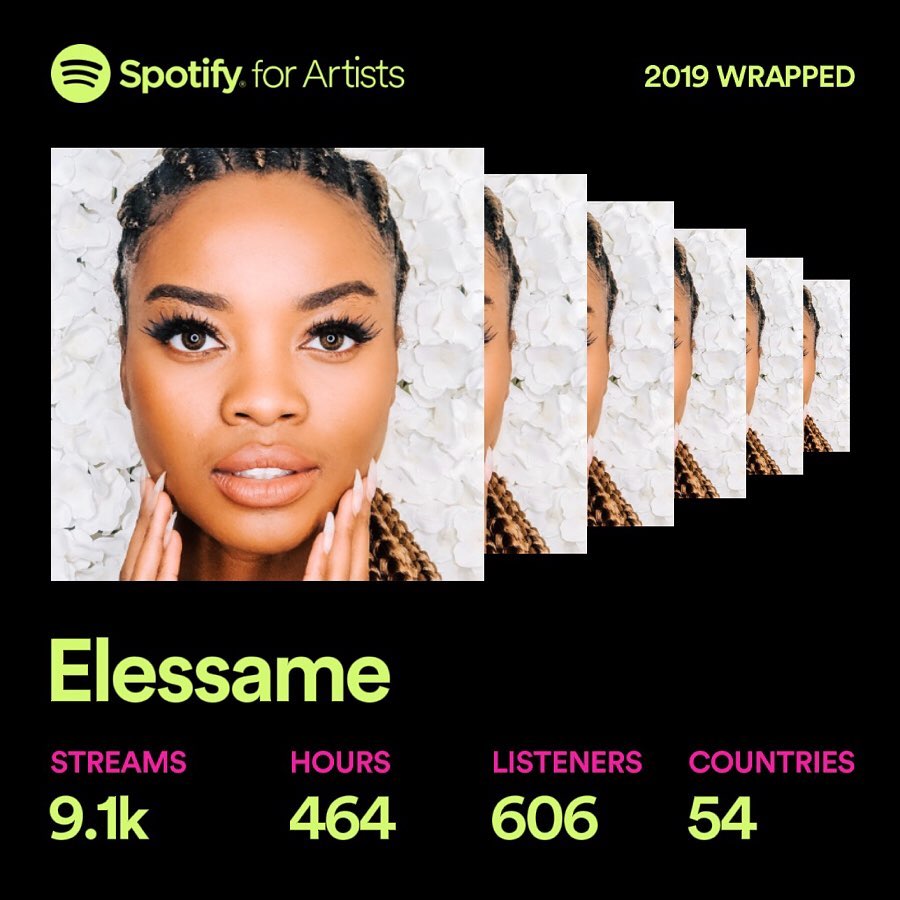 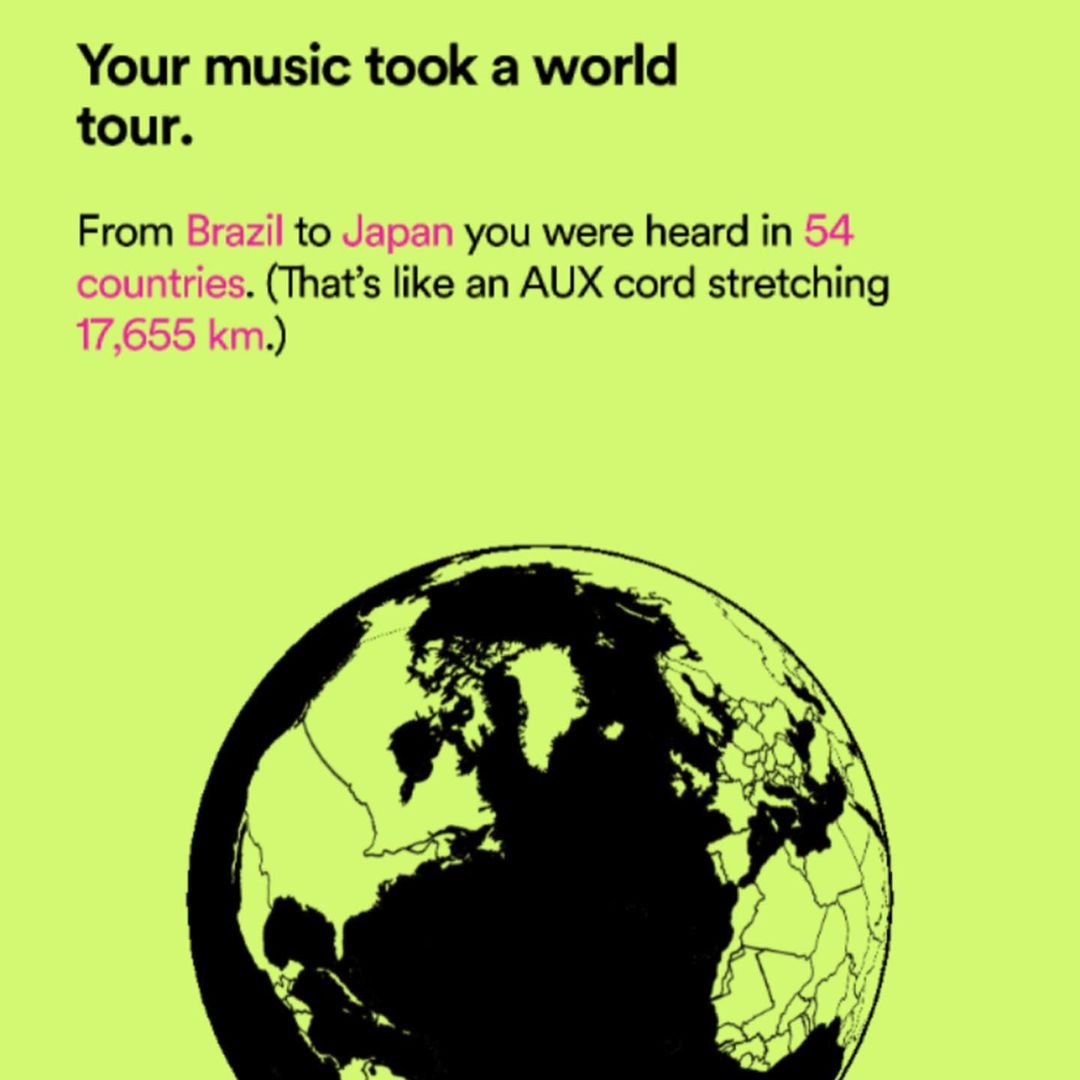 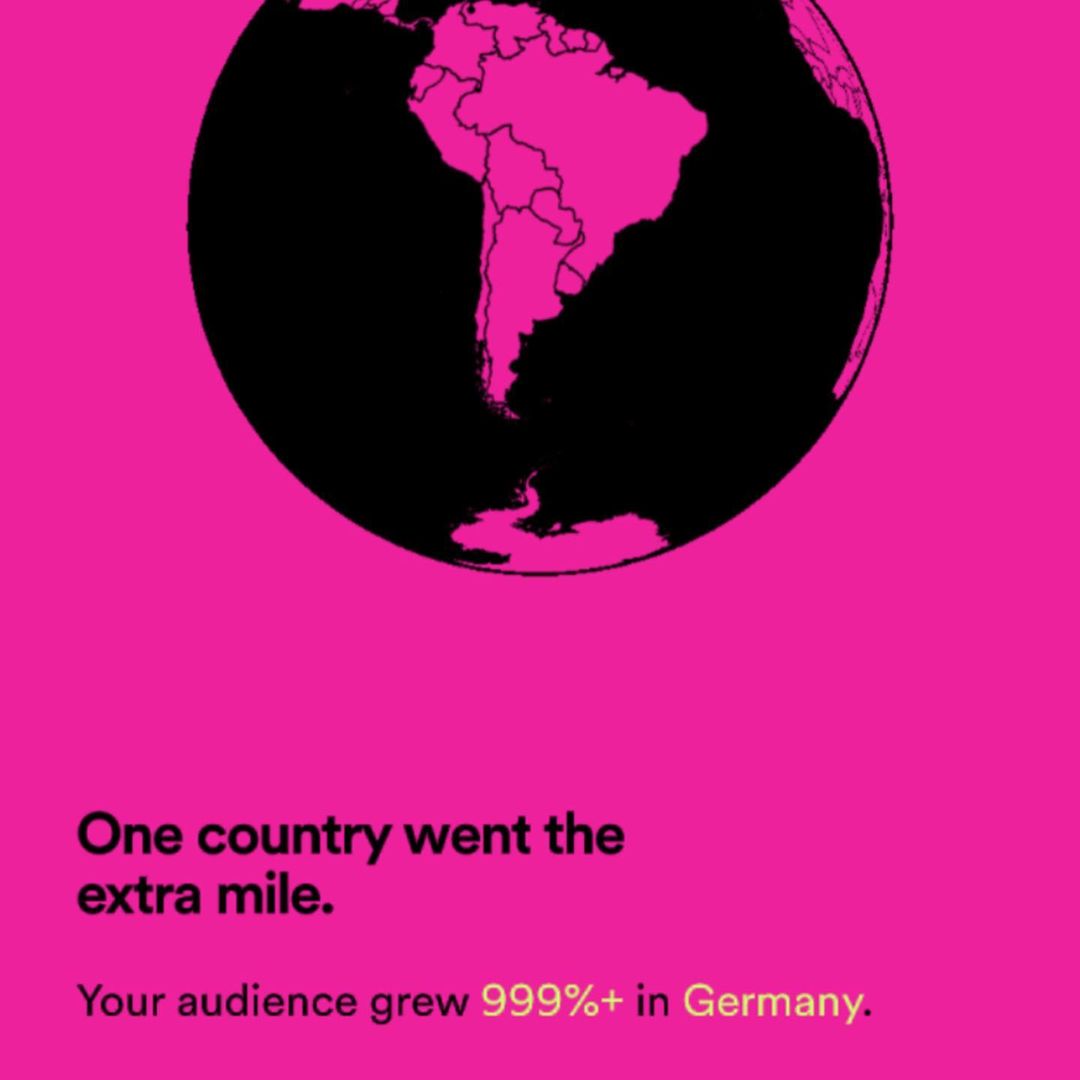 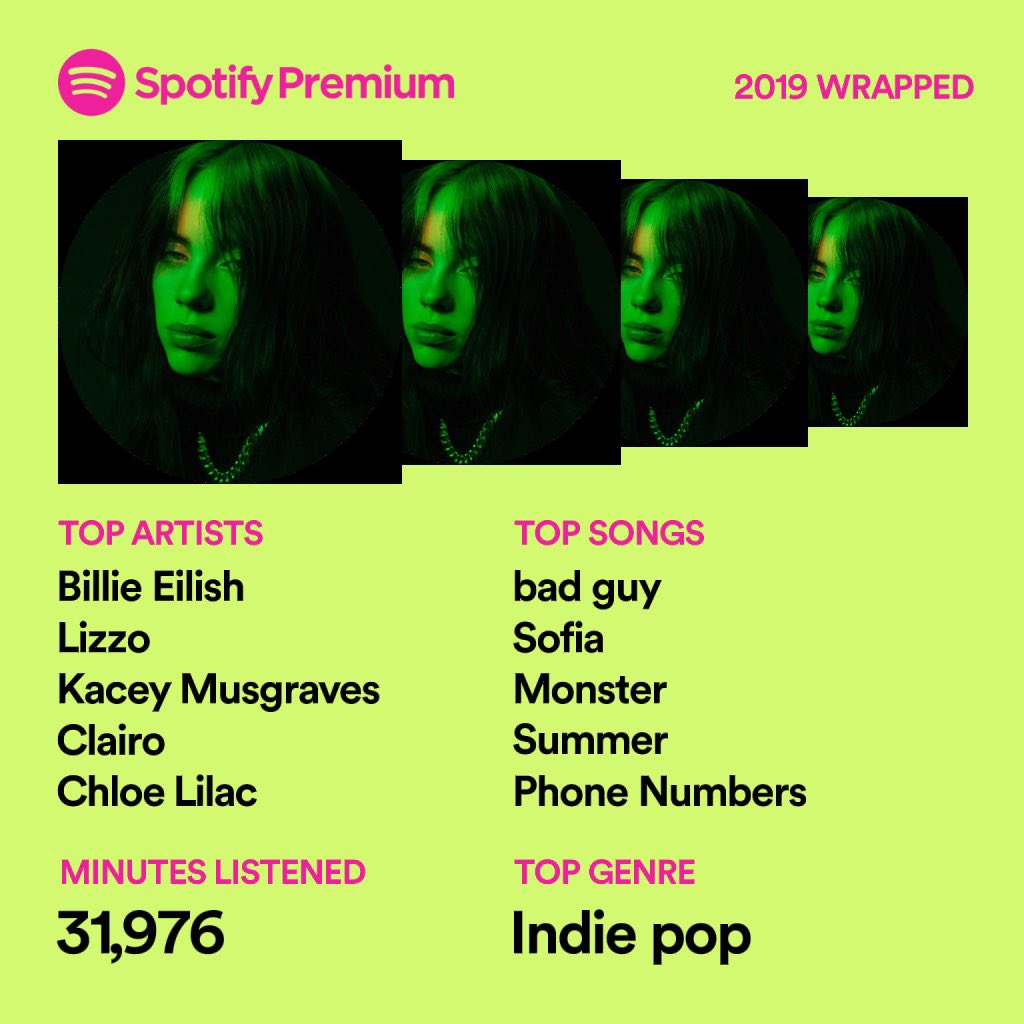 This campaign started pretty much from nowhere, with a simple tweet from an Audi fan called Joanne McCoy (@jmdc88). She Tweeted the car manufacturer with the hashtag #WantAnR8, letting them know that she really, really wanted to drive an R8, Audi’s most expensive car. The brand took her at her word and the product manager, Mark Fruechtnicht, surprised her by turning up at her drive with the luxury car in question, and let her drive it for a day. Audi obviously recorded the moment and uploaded it on their YouTube channel. The brand then turned this into a successful social media campaign, creating a contest where people had to Tweet with the newly born hashtag for a chance to win a one-day ride with the sportscar. The response was astounding, Twitter users shared the hashtag over 75 thousand times, and the users were talking about it for months. On top of that, the @audi Twitter account experienced a 200% growth, and also got a place on the Twitter podium, officially being the third best performing promoted trend ever. The moral of the story? Listen to your audience! User generated content is extremely powerful for brands and can sometimes take a marketing campaign to the next level.

Because failing is a blessing in disguise as they say, we thought we would also share some unfortunate and sometimes rather amusing social media fails with you.

This campaign is a good example of how a social media campaign can turn into a bad dream. The campaign entitled #WalkersWave was quite straightforward, social media users had to share a selfie with the hashtag #WalkersWave on social media to win tickets to see the Champions’ League final. A bot would then automatically create a video on the Walkers’ feed, featuring Gary Lineker doing a Mexican wave while holding the selfie. You would have thought that the concept is relatively simple, so where is the issue? Participants quickly understood that the could send any picture and ended up sharing all sorts of pictures including serial killers and sex offenders. Now you can imagine the Walkers’ feed full of videos of Gary Lineker doing a Mexican wave with these pictures, not great. Luckily, the brand didn’t suffer any long-term damage but had to apologise publicly and delete all the videos obviously.

You’ve probably noticed when reading this that hashtags are often an integral part of social media campaigns. Choosing a campaign hashtag is one of the easiest things to do when putting together your marketing strategy. However, there are numerous pitfalls, and an unfortunate choice can lead to a very bad PR. Fortunately, we’re here to show you the best (and sometimes very funny) examples of what NOT to do!

The-unfortunate-hashtag-fail
Brace yourself, this one is probably the best hashtag fail we’ve ever seen, and by best we mean absolutely hilarious and disturbing at the same time. Back in 2012, Susan Boyle was hosting a party to celebrate the release of her fourth album. Nothing wrong so far. Her producers had the brilliant idea to share a hashtag on Twitter to promote the event, and guess what, they chose #susanalbumparty. Yes you read it right. The unlucky realised too late and eventually deleted the Tweet, but the whole of Twitter had already taken screenshots and spread the word. Nor Susan Boyle herself, nor Susan’s HQ dared to comment on the thing, but we can definitely award Susan for the most epic hashtag ever.

To give you an idea of the extent of the fail, even Iceland Foods and Ed Sheeran itself decided to have a bit of fun with it, have a look below. What’s more, many Twittos and Internet users are still talking about it and remembering the unfortunate fail.

The famous bread company Warburtons should probably have done more research before choosing their hashtag for their 2017 Winter holiday campaign. The idea was to encourage people to share pictures of their culinary creations on Instagram with the hashtag #CrumpetCreations for a chance to win VIP tickets to The Christmasaurus Live Shows and prizes signed by the musician Tom Fletcher. What Warburtons didn’t know was that the hashtag was already used by the “furry” community, a group of people who enjoy dressing up as anthropomorphic cartoon animals. The popular fursuit creator called @crumpetcreations uses the hashtag to showcase her products to the community. Unfortunately for Warburtons, participants probably didn’t expect to see this (see picture below) when searching for the #CrumpetCreations. Fortunately, the bread giant reacted swiftly and changed the hashtag to #WarburtonsChristmasCrumpets and nobody got offended.

When the handbag designer Vera Bradley launched her new campaign #ItsGoodToBeAGirl in 2016, there is no doubt that she wanted to celebrate and empower women, but... Despite the good intention, the choice of hashtag along with the reductive taglines quickly turned the entire campaign into a giant flop, do you see where we’re going? The campaign came across as extremely stereotypical and even got labelled as a sexist fail. People did not feel like the brand’s values resonated with theirs, as per the example below. The designer received a storm of sarcastic comments and angry reactions. In an effort to shift its approach, the brand decided to use different creatives but surprisingly decided to keep the controversial hashtag. Of course, it is almost impossible to measure the direct impact of this slippage on sales. However, we can assume that this type of fail can cause serious damage as implied by the significant losses the brand recorded at the end of 2016.