We've been asked this one an increasing amount recently, and even had an internal debate or two about it ourselves. Of course, the short answer in the past was invariably, no.

The hot political topic of recent years has been Brexit. And let's face it, unless you had a vested interest, there was nothing to gain from wading into that one, as it had divided the country 50/50 (ok 52/48), with both sides of the divide being quite entrenched in their opinions, and in the process it has become quite a polarising and inflammatory subject.

However, it is also true that life, business and politics are all inextricably linked sometimes, and 2020 is the year that this has become more apparent than ever. A global pandemic can have that effect. In the past, talking about the NHS, its funding, its frontline workers and indeed championing the value, virtues and treatment of key workers might have been construed as mildly political, but suddenly it was viewed as both a hugely natural, practical and of course grateful act.

Displaying that gratitude became a weekly ritual, both in real life, and on Social Media. By people and by businesses alike. Supporting this was therefore a no-brainer. Another particularly prevalent theme in recent weeks, fuelled by events in the US, has been the Black Lives Matter Movement. Some people and businesses have felt less sure as to whether they should comment on this, because of some of the associated, more extreme events and protests which have accompanied this, and not wanting to be associated with this. Which is perhaps understandable. Earlier this month we saw #BlackOutTuesday on Social Media, and many felt unsure whether this was something they should participate in or comment on as a result.

Do bear in mind though, you don't have to throw statues into your local harbour in order to show that you condemn racism. #BlackOutTuesday was actually an opportunity to voice support for this sentiment. Others, whilst not using the hashtag or the primary image that everyone was being encouraged to use, nevertheless chose that day to say something on their own terms. And again, this was fine. Possibly better in some ways. When all is said and done, just as with the modern slavery and equal opportunities acts which are enshrined in law and which many employers are visibly keen to show they support, racism is also illegal. In fact it may actually be beneficial to explicitly say so anyway. Customers or potential future employees may even take reassurance from your commitment to this.

Of course you can always just play it safe and just say nothing. We're all busy, and in this day and age it surely must be a given that we are against racism. Sorted, right? Well, not always. The makers of our favourite office brew, Yorkshire Tea, discovered that themselves. Having said nothing on the matter, either by choice or omission, they found themselves in a bit of a dilemma. A far right extremist 'vlogger' proudly declared on Social Media that they were extremely happy that their favourite tea brand didn't support Black Lives Matter and the associated anti-racism activity taking place online. Awkward. That statement was out there now and had been seen by many. But as you can see, their response was emphatic. Although looking at the times of the original post and their response, they obviously slept on it first. But with the help of one of their rival tea brands, who also leapt on the opportunity to clarify their own position, the hashtag #SolidariTea was born. Good recovery. Phew! 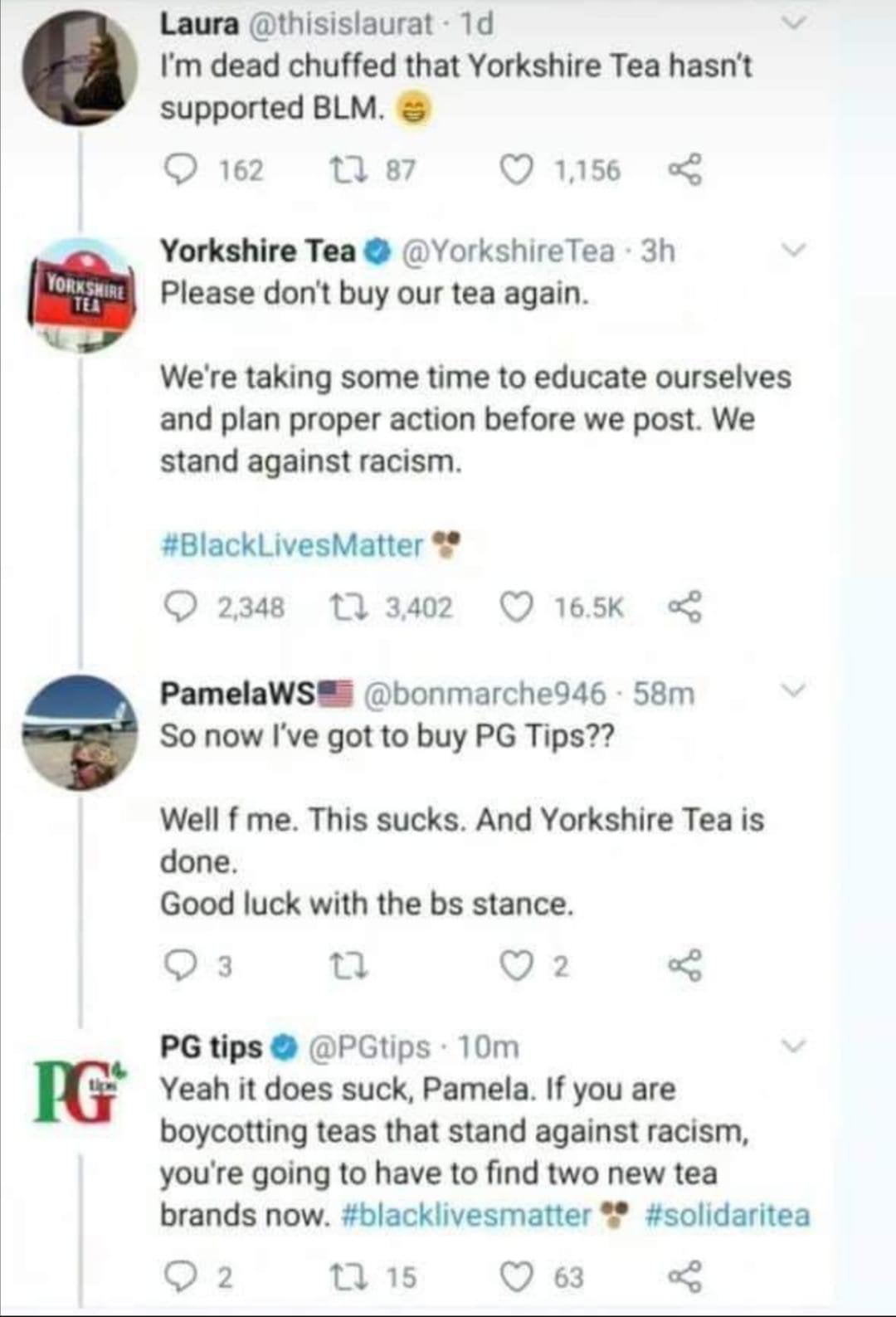 Of course, if you are going to say something, it's best to ensure you have your story straight and your own house in order first. Beauty brand L'Oréal discovered this to their cost. Having chosen to make a very grand, public statement in support of Black Lives Matter, a former (high profile) employee of theirs was very quick to point out that they had been anything but supportive in a recent, race related matter, which had resulted in them dropping this employee. A PR disaster quickly unfolded as the press and public jumped on this story. 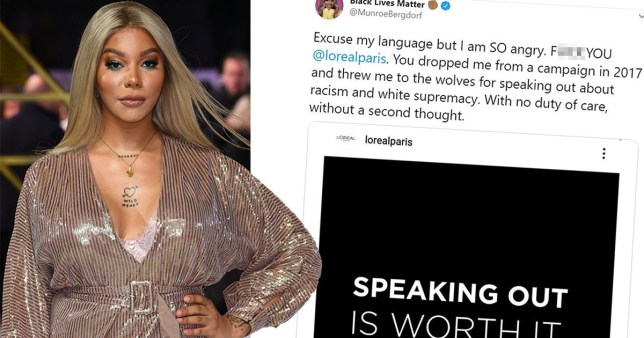 On a different note, as lockdown has eased and government restrictions have relaxed, we've been bombarded with more government instruction, guidance and legislation than perhaps ever before. It's been quite a confusing time for the general public, and there has been much social and political debate about whether they have got various aspects right or wrong. And it's perfectly valid to comment on this, particularly if you have some input on this from the perspective of your own business or industry. It may in the process allow you to demonstrate both your own business knowledge and expertise, and highlight the steps you have taken in relation to your own business to ensure that you are compliant and have put the considerations of your customers at the heart of your decisions. If you have some specialist knowledge to impart, rather than just social media updates, a well thought out comment piece may even be appropriate, to support and expand upon these updates. It's essentially about context and adding something to the conversation.

We appreciate it can seem like a minefield sometimes though and many people worry about saying the wrong thing, or indeed saying the right thing but the wrong way, so if you ever need any advice, a second opinion or even a little help, we are always on hand.