Spotify never fail to amaze us with their effective and personal marketing. Offering nostalgia, bold typography and their unmistakable gradients with a large dose of humour, Spotify have made it into our favourite marketing campaigns of 2019. Created by Who Wot Why, the campaign targets an audience of listeners who grew up from 1979 to 1999, and creatively uses band names and cultural references to evoke emotion associated with music. 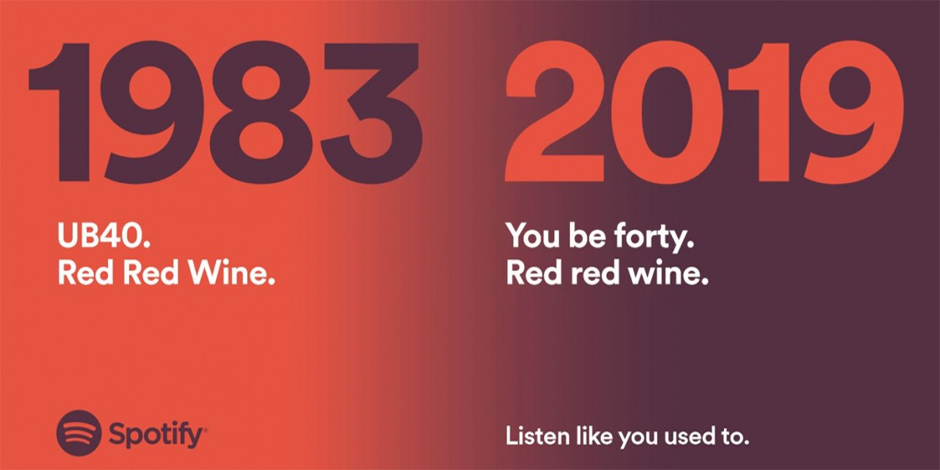 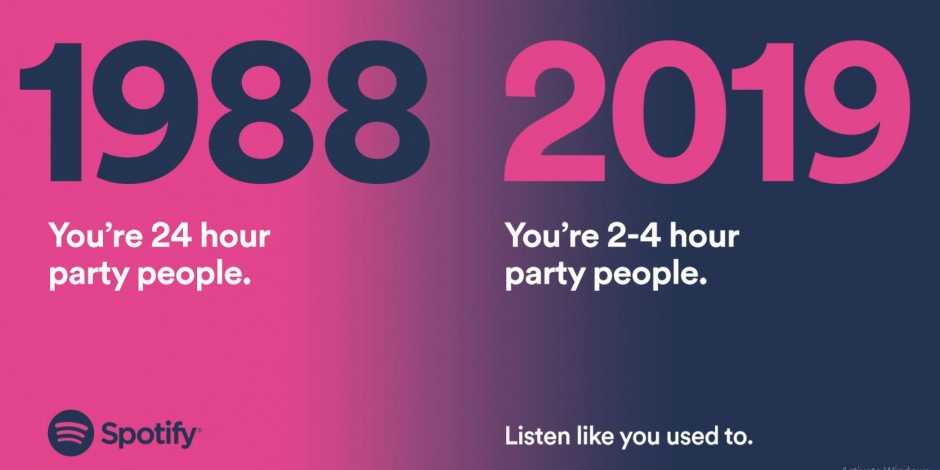 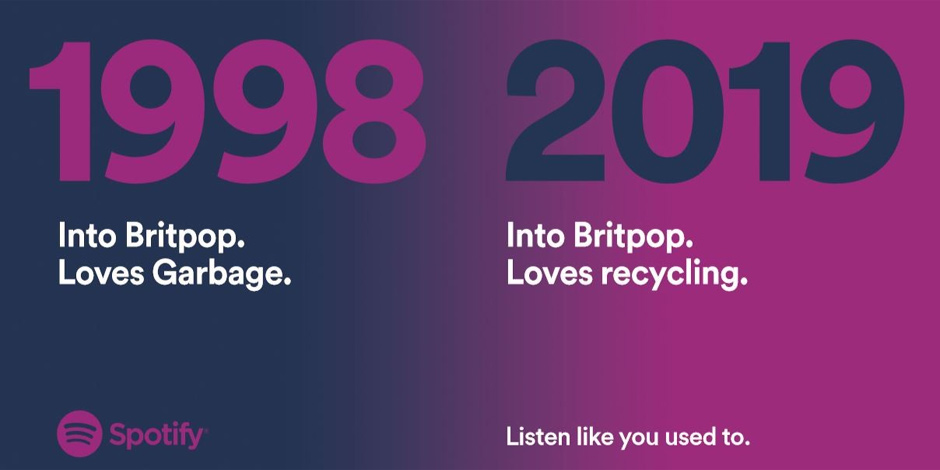 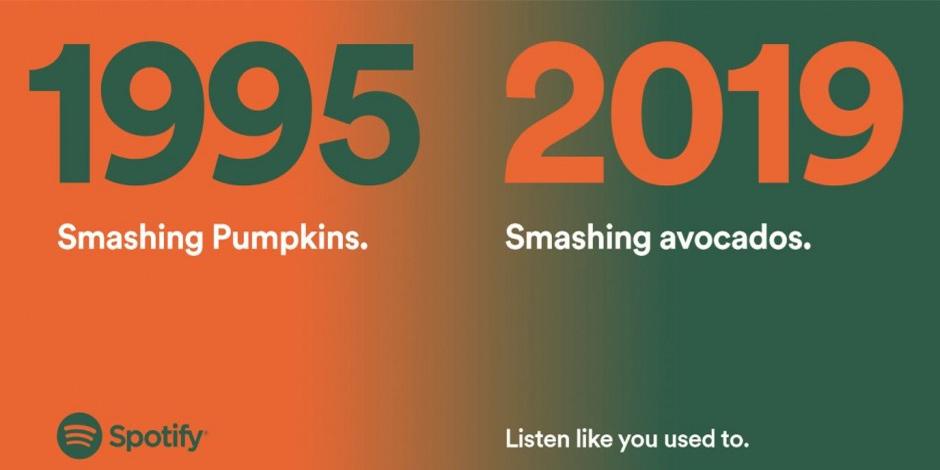 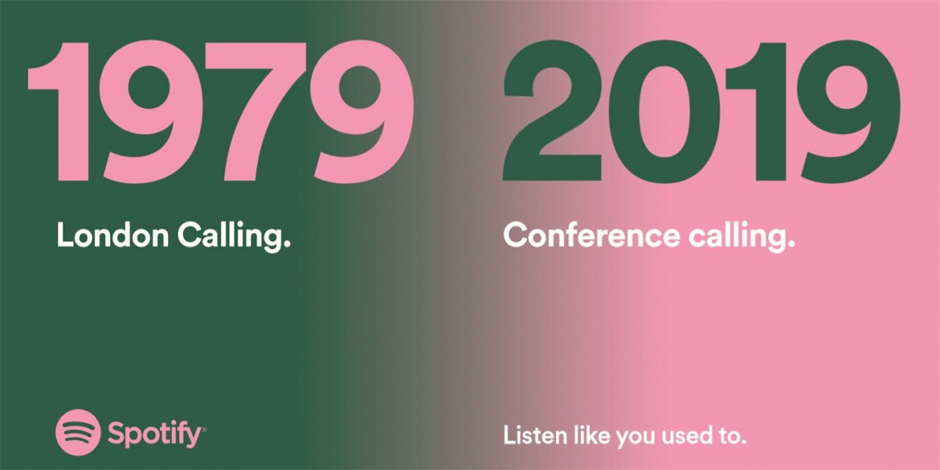 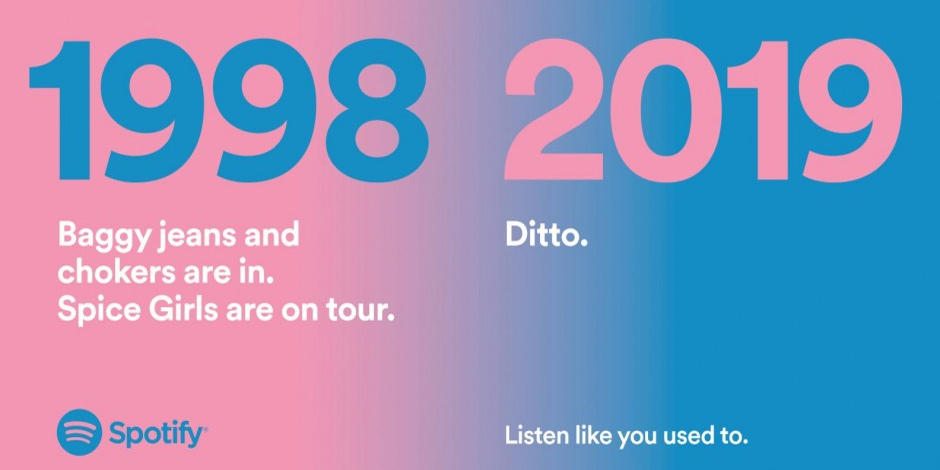 Another favourite campaign from 2019 has to be IKEA’s recreation of famous tv living room sets using their own products. Named ‘The Real Life Series’ the ads feature popular TV sets from Friends, The Simpsons, and Stranger Things. 'We brought to life the iconic living rooms of the most beloved families of all times, through tons of furniture combinations in lots of different styles and sizes - and at affordable prices. We’ve grouped all the products for each room for you, so it’s easy to recreate what you see here in your own home,' says Ikea. Whether we’ll have a living room like Stranger Things in time for Christmas is up for debate but one thing that isn’t is that we think this set of creatives is bloody brilliant! 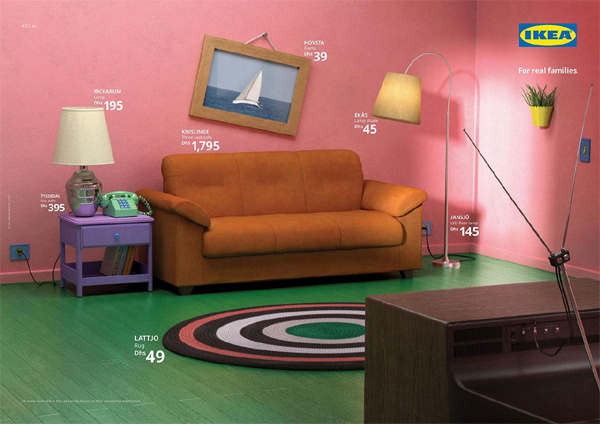 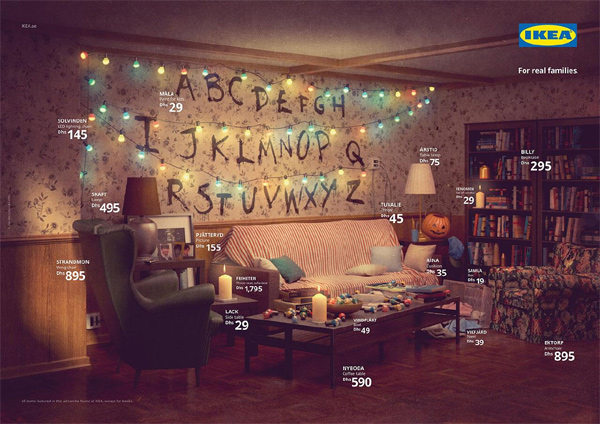 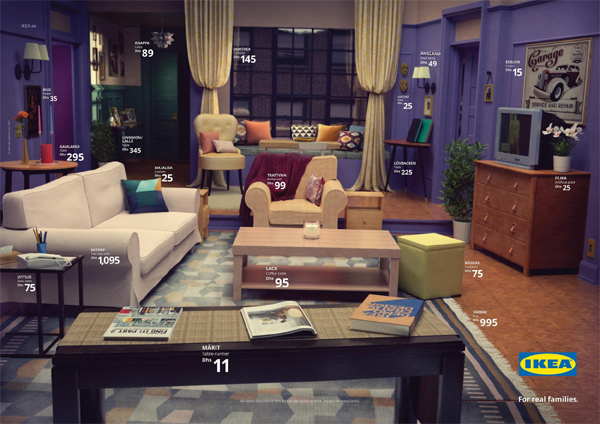 Six months after the initial release of their ‘Blue’ drink, and they’re still causing a storm on social media! Announcing the new drink on Twitter, Innocent said: 'We’ve made a new drink. It’s blue. It’s tasty. It’s blue. It’s good for you. It’s blue. It’s made from apple, lime, guava, and coconut water. It's blue. It’s boosted with vitamins. It’s blue. It's the perfect subject for a Venn diagram. Did we mention it's blue?' Some Twitter users have even gone into personally investigating the shade of the drink, extracting the pantone cover to finally expose the drink as green! Regardless of whether you think it’s green or blue (and Innocent would argue it’s definitely the latter) this amazing piece of marketing has gone viral and even landed Innocent in the national papers. We’ll drink to that.

It's pantone 3282, which in fact has got more green than blue 🤓 pic.twitter.com/5Od2SpMbYH

The launch of Greggs’ Vegan Sausage Roll at the beginning of 2019 really took consumers by storm. Greggs released their ‘new generation’ sausage roll in a style mimicking Apple’s iPhone release, accompanied by a video showcasing all of the latest features with the slogan ‘the wait is over’. This led to outrage from Piers Morgan who responded on Twitter, who was only met with a comedic reply from Greggs themselves, leading the post to go viral! 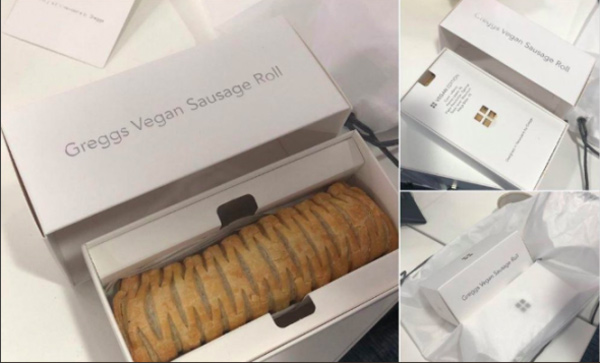 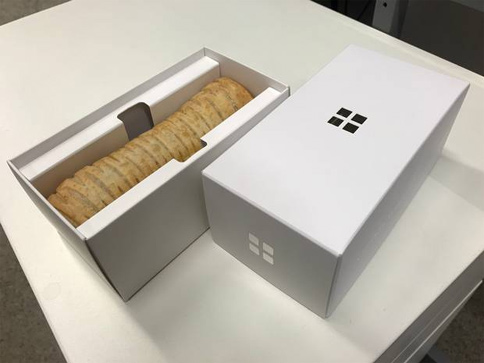 Nobody was waiting for a vegan bloody sausage, you PC-ravaged clowns. https://t.co/QEiqG9qx2G

BrewDog have stripped back their most recent advertising campaign that is being hailed as ‘The Most Honest Ad Ever’. The ad was featured in the coveted Game of Thrones advert break, a spot which usually sees advertisements with extensive narratives and big budgets. BrewDog wanted to create the antithesis of this, in order to stand out from the rest of the brands.

BrewDog’s co-founder James Watt said: "We don’t want to live in a world dominated by bad beer any more than you want to live in one with lame advertising. So, we have drawn a line in the sand with this new campaign. We’ve done what we’ve always done: The exact opposite of what convention and rules expect. This is what a BrewDog TV ad looks like.” 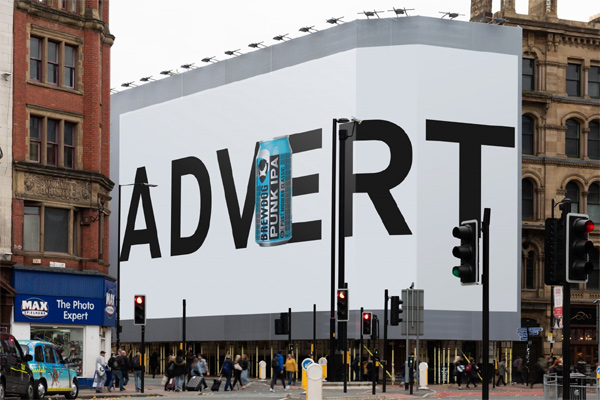 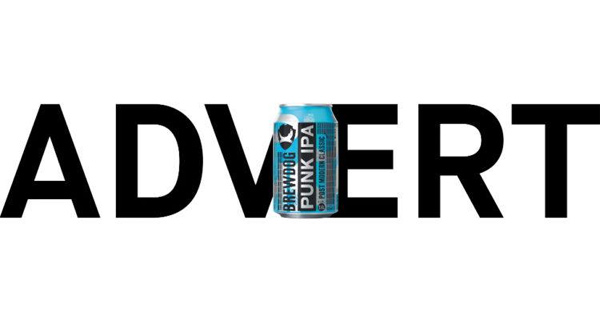 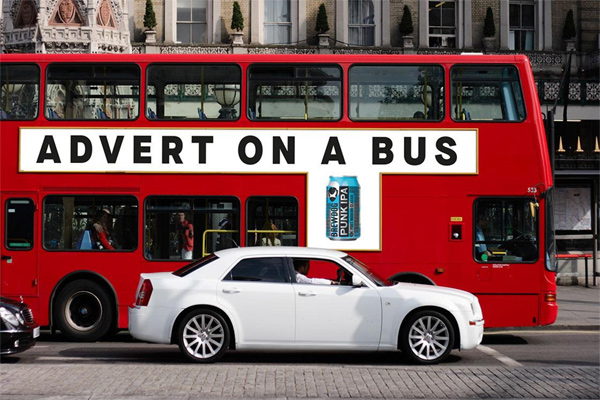 Let us know your thoughts!